The Neo-Natal Intensive Care Unit (NICU) is a special place. These departments are designed for infants who are born prematurely, experience issues during delivery, or show signs of illness in the days after delivery. These patients are often very susceptible to infection.

So it was no surprise that this would become the a popular destination for the CleanSlate UV device sanitizer.

When a baby stays in the NICU, there shouldn’t a risk that staff or visitors may get them sick. They are there to get better. In reality though, there are a number of ways that NICU babies can be exposed to deadly pathogens and contract a hospital acquired infection (HAI).

One fast-growing risk factor is the bacteria on mobile devices. Based on a case study we conducted earlier this year, 79% of phones and tablet are contaminated with pathogenic bacteria.

To combat this, NICUs enforce diligent hand washing and often ask parents to wear gowns; some even ban the use of mobile phones altogether.

NICUs are unique as they have a steady flow of parents entering and exiting the department. Parents often use mobile phones to take photos with their children and keep in touch with friends and family. They’re often unaware of the risks presented by an un-sanitized phone.

An average NICU staff will utilize a variety of mobile devices over the course of a normal shift. From staff mobile phones to vocera communication devices, these mobile devices are a normal part of working in the NICU. They make work a lot easier for teams, but are often not wiped down in a consistent or effective way.

So while these devices can be very useful for families and hospital staff, they do present an infection control challenge.

In fact, the original inspiration for the CleanSlate came from a NICU nurse.

A nurse told us that she would often spend time policing parents and other staff members to put their phones away instead of doing something more valuable with her time.

Fast forward to today, and the CleanSlate is deployed at NICUs across the United States and Canada, allowing staff and visitors to sanitize their mobile devices in just 30 seconds.

This is a special unit with an acute need to control bacteria on devices. Our team is very proud to help in this regard. 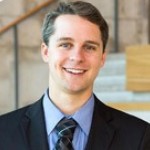 Scott Mason is the Chief of Business Development and Co-Founder of CleanSlate UV.