This post was originally published on medium. Link here.

In the four and a half years since we founded CleanSlate UV, the ultraviolet disinfection space has quickly evolved. Factors include growing evidence of clinical efficacy, exciting advancements in DUV LED technology, and a desire for non-chemical disinfection.

And while these changes are exciting, it’s become very clear that innovators need to design and market UV technologies with more care and due diligence. Failure to do so could result in customers being misled or, worse, physically harmed.

When we founded CleanSlate UV back in 2014, we quickly settled on ultraviolet light (254nm UV-C) as our germicidal agent. We knew that hospitals needed a way to kill bacteria on cell phones and tablets, and we knew hospital-grade chemical cleaners were not kind to touch screens (which is why Apple and other phone manufacturers prohibit the use of chemical disinfectants in their IFUs).

UV light wouldn’t damage phones and, at the right intensity, would be able to penetrate the layer of bioburden(or ‘soil’) that naturally builds up on a device surface. We learned a lot in our first two years of R&D. We went through countless rounds of material testing, CAD design mockups, biological efficacy testing and more.

However, there is one thing we knew from the start: ultraviolet light needed to be treated with caution and respect. The same photobiological properties that allow UV light to disrupt the DNA of bacteria, spores and viruses can also damage skin, eyes, and other exposed areas. If a product is not designed with user safety as a cornerstone, it can be dangerous. In fact there is a specific product standard — IEC 62471 — that UV light products.

This is one of the reasons that user safety, risk mitigation and design controls were a key part of our design process at CleanSlate UV. In the end, we engineered a system that keeps users separate from the UV light source at all times, physically protecting them from exposure.

Over the past two years, numerous UV light products have been introduced. Many products are still using traditional UV lamps while others are leveraging the advancements in Deep UV LEDs to create portable and cheaper solutions for a range of consumer applications. These products include:

This is a good time to stop and say that I find a lot of these devices really cool.As a germaphobe, I love the idea of being able to clean my bed sheets or sterilize a baby bottle. And as the co-founder & CEO of a UV disinfection company, I’m thrilled to see the industry getting more widespread attention.

But many of these new UV devices have serious flaws in their marketing and/or their design. Not only could this have negative affect on the user, but it could create a broader misunderstanding re: what the technology is best suited to achieve.

To those outside of infection control, words like ‘sterilize’, ‘disinfect’, ‘sanitize’ and ‘clean’ may all sound like synonyms. But there are very important differences between these terms (see glossary on this page).

Sterilization, for instance, refers to the complete removal of all organisms and bioburden including bacteria. Sanitization, on the other hand, refers to the deactivation of 99.9–99.99% of bacteria, rending surface levels safe for use but not 100% guaranteed free of bacteria.

There is a huge difference between these two levels of efficacy. For instance, a product that has been sterilized would be deemed safe for use in an operating procedure or implant. If that product was merely sanitized, it may put the patient at risk of infection.

Despite these facts several UV LED technologies have labeled themselves as ‘sterilizers’, implying a level of efficacy above what they can possibly achieve. Since these are consumer-facing applications there likely isn’t an immediate risk to the public, but it is a careless and cavalier attitude to take all the same.

Product efficacy is the most important marketing claim for any sanitizer or disinfectant. But when it comes to biological testing it’s possible to manipulate the outcome — and a product’s efficacy claims — by using specific test protocols. To minimize this variance, the EPA has recognized several ASTM standards for substantiating efficacy claims. The most popular for non-food contact surfaces is “ATM E1153”.

One of the most important features of the ASTM E1153 standard is that it includes a ‘simulated soil’ load — cow’s blood in most cases — which mimics the natural bioburden build up on surfaces we touch. This is particularly important for UV product testing since bioburden acts as an umbrella that can shield bacteria from UV light. Our internal tests have shown that bacteria with the 5% soil requires 1.5–2x the amount of UV exposure vs. a non-soiled sample.

Over the past two years there have been numerous examples of UV products making efficacy claims based on dubious testing protocols. One recent example is the PhoneSoap Med+ which was making a 99.9999% efficacy claim in 30 seconds. Their testing combined several pathogens into a single test and did not include a soil load, which means that efficacy was dependant on devices being pre-cleaned every time (which was not in their marketed IFUs).

This was so misleading that our company lodged an FTC complaint regarding the PhoneSoap Med+ for deceptive marketing claims so that hospital customers could ensure they were getting accurate information.

There were additional issues on their international site, including efficacy claims and improper device claims. PhoneSoap was made aware of these issues in early September but kept them online until called out on Twitter in January, which should not have been necessary.

And then there is Cleansebot…

Cleansebot is a Kickstarter-funded project that raised $1.1 million from 10,474 backers earlier this year. It is a consumer UV-C product designed to automatically disinfect your hotel bed and other surfaces.Click this link for their full description.

When I read about this product back in November, my first reaction was “cool!”. This very quickly faded. It’s now clear that the makers of Cleansebot have vastly overstated the product’s proven efficacy and have not designed a product that is safe for sale. I’ll focus on the efficacy part first.

UV light works via line of sight. What is cannot see, it cannot kill. This makes it poorly suited for porous materials such as fabrics. Bacteria can hide between or underneath layers of fabric, rendering UV light much less effective.

So when I saw Cleansebot’s >99.99% kill claim… I was skeptical. And for good reason!

Their testing — which was conducted in a Chinese microbiology lab — was done on 1x1cm glass plates. It was not done on any type of fabric and did not include any soil load.

In other words, their efficacy claims are completely worthless when it comes to demonstrating efficacy for the product’s marketed instructions for use.

And last, but not least…

Products that use germicidal ultraviolet light need to be designed with sufficient safeguards. A consumer product, in particular, needs to be safe for use by untrained users. For a UV product this means ensuring that a user won’t be exposed to UV light.

One of Cleansebot’s features is a ‘hand held mode’. As their Kickstarter says:

In Handheld Mode, put the two halves together, use the handle to pick up the CleanseBot, and press the power button once to turn on only the bottom-facing UV-C lights.

It then says, in the FAQ:

In addition, while in Handheld Mode, the CleanseBot will sense your hand and will ONLY shine the downward-facing UVC lamps, so you will not have UVC on your hand or anywhere toward your eyes.

This is a poorly thought out and downright dangerous attempt to limit UV-C exposure. Even if the top bulbs are shut off when the user places their hand on the top of the device, they are still encouraged to move the device around and sanitize other surfaces. If the device is incorrectly oriented or if there are other people in the room, it is almost certain there will be harmful levels of UVC light emitted.

I summarized these concerns in a February 7th letter to the creator of Cleansebot, Sau Wa Fung. I also contacted Kickstarter regarding the blatant misrepresentations and product safety issues in this campaign. They declined to take any action.

Other products, such as the “Aura” product from UV Angel, also raise a questions re: open air UV-C exposure. I haven’t seen specific product certifications (IEC 62471 or otherwise) but given how low the allowed thresholds are for UV light exposure (0.1 micro W/cm2 at a distance of 7.9in) the non-contained UV lamps combined with surfaces that can reflect UV light certainly raises questions.

Moving Forward as an Industry

UV light is a poweful tool in the fight against infectious disease. Awareness of the technology is growing, and advancements in DUV LEDs will enable a generation of more compact consumer products. As a member of this industry that is incredibly exciting.

But it also comes with risks. For products that make unsupported efficacy claims or are downright unsafe, there is no clear recourse. For products headed into market without proper safety certifications, there isn’t a uniform regulatory or approval process. While there are gate-keepers who can critically examine claims in many of the more industrial applications (ie. healthcare, food processing, etc) folks on Kickstarter likely won’t know what is safe or not until it’s too late.

As an industry we must be diligent in addressing these shortcomings and guiding new entrants towards best practices and good science. That includes industry and supplier-led discussions on product safety, on marketing standards, and efficacy standards.

For innovators, it means doing proper research and having a healthy respect for the power of UV-C light.

This post was written by Taylor Mann, Co-founder & CEO of CleanSlate UV. It originally appeared on Medium and can be found here. CleanSlate UV is the fastest and most effective cell phone & tablet sanitizer available today. It achieves a minimum 5-log reduction in MRSA and other bacteria in just 20 seconds. 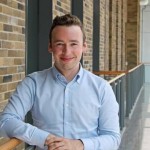 Taylor Mann is the CEO and Co-Founder of CleanSlate UV.